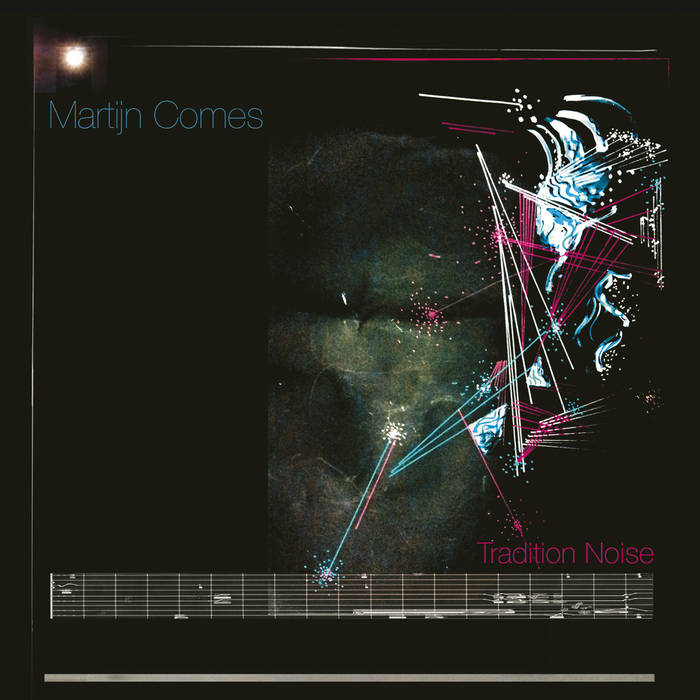 With Tradition Noise, Martijn Comes delves into the richness & riddim, texture & ambiance of a musical history that is at once as kaleidoscopic as it is coherent. Without hesitation, Comes sifts through the resonance of signifying sounds that shape his relationship to archival tradition, mining the musical palimpsests that have, in his own words, allowed him to “make sense” of his “cultural habitat.” But Comes’ habitat is anything but a soundscape of habit; rather, his compositions embrace the cultural fragmentation of his existence, reflecting influences as diverse as traditional rhythms from Greece and the Middle East to his formal training in electroacoustic composition and avant­-garde electronics. On the one channel, Comes mines the techniques of Plunderphonics developed by John Oswald, putting sampladelia to use in reconstructing what has been into something strange yet again; on the other channel, Comes plunders with the intent of sparking new universes of sound, composing apace with the imaginary Fourth Worlds of Jon Hassell. Drawing from field recordings and found sound, Comes manages to effortlessly shift style and structure without shattering his cosmos of continuity. “Noise,” writes Comes, “is created as a neutraliser of ideas,” by “breaking the old, creating something new.” But far from the outbursts of mind­destroying noisescapes that form the static cliché of the genre, Comes embraces the “noise” of expressive chance, as he shapes his musical fragments into speculative worlds that are as mercurial as they are steadfast. Tradition Noise does not so much neutralise ideas as counterpoise them, setting them up against each other in succession before blurring them in speculative supercession. Comes, never content with what has been given, mines his new musical alloys from the melting pot of former habits. As listeners, our minds become free to imagine, once again, habitats unbound.

The Silent Howl is a record label & music publisher promoting daring sonic experimentations through audio releases, scores and videos. We are based between Southampton, UK and Montreal, Canada.Visit our website for information on our artists and products. ... more

Bandcamp Daily  your guide to the world of Bandcamp